A Spirit of Unity 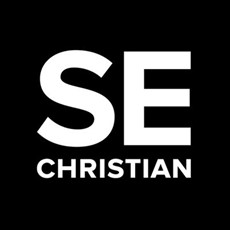 Throughout the book of Philippians, Paul suggests that those within the Church are all part of a team. The Church is filled with all sorts of names, but ultimately the only name that matters is the one that's on the front of the church, and that's the name of Jesus. Why is Paul stressing this to Christians? It was because they were in the midst of a season of intimidation, opposition, and persecution.

Paul says, “Stand firm in one spirit, strive together as one for the gospel because while your faith is being tested on a daily basis, you don't need to fear those who oppose you.” The phrase “being frightened or terrified” has this idea that it is an inward fear produced by an outward stimulus. In this particular case, it was persecution because those living in Philippi who received this letter from Paul, they were facing it daily. It was an extremely violent time in history. But what was it that Jesus said in Matthew chapter 10, verse 28? He said, “Do not be afraid of those who kill the body, but cannot kill the soul. Rather be afraid of the one who can destroy both soul and body in hell.” We have a reverence and a healthy fear for God, but not for those who disagree with our faith or try to make life difficult for Christians.

You're not in this battle by yourself.  There are others beside you and with you who are standing together in the faith; we are united. Remember Hebrews 10:25: “Let us not give up meeting together as some are in the habit of doing.” When you worship with other believers, you are in community and you have a support network if you go through a rough time. In community, you have numerous opportunities to encourage others and to use your gifts. We are stronger together than we are a part. When the church is unified, God is glorified.

Discussion/Reflection Question: Reflect on a time that being a part of a Christian community helped make you stronger.

0
People Wanting More
Jesus didn’t spend much time with people whose main motivation was to challenge Jesus. In fact, he didn’t seem taken aback when his followers ditched him when it got too hard (John 6:66). Jesus was after the sick, the wounded, the hungry, the broken, the searching, the curious, the humble. He welcomed people who had nothing, but were hungry for what Jesus had to offer.  As we pursue unity, we need to look around our inner circle of believers and ask ourselves: How hungry are they for the things of God? We cannot be unified the way Jesus prayed if we agree to disagree or resolve to just get along. We can experience complete unity when we come together under one purpose - to pursue Christ together. When we are all walking toward Christ, we can move toward unity. If even one person decides to walk in an opposite direction, we will start to divide. And when one person walks away, others are bound to follow. Jesus, in his perfect unity with the Father, was always walking toward the Father. People were hungry for what Jesus had, so they followed him along his way. When we follow Jesus together, we can walk in unity just as Jesus prayed. As we start to be distracted by things of this world that threaten to pull our attention away from Jesus, we can count on our community to pull our focus back to what is most important. Other people may be able to join together in pursuit of a similar passion, but if that passion isn’t Jesus, then they will never achieve the oneness that we were made to experience with one another and with our Father. Reflection/Discussion Question: Are you and the people in your inner circle hungry for the things of God?
0
To Be United
When we look at the divisive, angry, hostile, opinionated, polarized world, we can read Jesus’s prayer for unity in John 17 and believe that he was just being optimistic: “That’s really sweet that Jesus would want us to be so unified like he is with the Father, but look at us. That’s never going to happen.” When we put our faith in people, we will fail, but when we put our hope in God, even this prayer is possible. And yet, it still feels too idealistic to us. It feels far-fetched and impossible. We can start to make concessions for his prayer: “Maybe he meant it metaphorically. Or maybe he’s just praying for the unity we will have in Heaven.” The problem with us making concessions for Jesus’s prayer is that he doesn’t need concessions at all. He wasn’t being idealistic when he prayed for complete unity of all believers. Jesus knew that what he was going to accomplish on the cross would open the door for all believers to be in perfect unity with the Father, Son, and Holy Spirit.  Jesus knew that believers would do greater works than he did when he walked on this earth because they would accomplish more for the Kingdom as a unified front than he could as a single individual. Jesus knew that it was good for him to go to the Father so that we could unite and carry on his mission. What we see time and time again throughout the Bible is that when God says he is going to do something, he gets it done. We can trust that when Jesus asked the Father to do something, he will get it done. Will we submit to his authority and rebel in pursuit of selfish ambition? Reflection/Discussion Question: What seems to be standing in the way of believers being completely united?

Circumstance and situations have a strong impact on our attitudes. But as followers of Christ, we are called to have the attitude of Christ at all times.  This week, you are challenged to find a way to be a servant in your attitude, especially in the way that you speak value into other people. Find someone in your life who needs life and courage spoken into them and act on the Spirit's prompting. You may feel led to speak life into someone who isn't the easiest to love or get along with, but embrace this calling because you might be surprised what changes in that person when you do. Make sure to share your story of the impact of having a servant's attitude had in your life!